My Battle with Vaginismus by Angelica

19 was a year of many firsts for me, including the first time I was in a serious relationship. For a lot of young women, this also comes with the another first: the first time you have sex. I was no different.

However, when I first tried to have sex, I couldn’t do it. I also couldn’t do it the second time, the third, the fourth, the fifth, or the 40th. In fact, it took a little over a year after my first attempt for it to actually happen.

Vaginismus is a condition in which a fear of penetration causes your pelvic floor muscles to spasm. This spasm can either make penetration of any kind painful or even impossible. Essentially, your muscles tighten up. Physically, there is nothing abnormal about your vagina. In fact, my vagina is perfectly healthy. Vaginismus, at least for me, is a psychological issue. My body associates penetration with pain and therefore causes my pelvic floor muscles to involuntarily tense up. The best way to describe it is by comparing it to how you react when something suddenly comes toward your face. If I were to throw something at you, you will end up shutting your eyes despite not thinking about it. It’s a reflex. That’s what vaginismus is like.

There can be a lot of risk factors. Some of these include: past sexual trauma, a deeply held aversion toward sex or the idea that sex is “dirty,” misinformation surrounding what it’s like to lose your virginity (e.g. belief that your first time is supposed to be painful or that you’re going to bleed)(+1 for me), generalized anxiety (+1 for me), or painful conditions associated with the vagina (e.g. endometriosis). But, for most women, vaginismus’s exact cause is unknown. Personally, although I do fit into some of the risk factors, there isn’t one thing I can point to and say caused me to have this condition, it’s just something I realized I had when I first attempted to have sex.

The prevalence rate of vaginismus in a clinical setting has been estimated as 5% to 17%, and it is believed to be one of the more prevalent female sexual dysfunctions.17 Different psychological factors have been associated with vaginismus, such as traumatic sexual experiences, sexual abuse, a strict religious and/or strict sexual upbringing, fear and/or anxiety issues,18, 19 and being held down at a young age during catheterization or enemas,7 but it is not always associated with psychological issues and some patients give a negative history for those factors.

Vaginismus treatments include the widespread use of vaginal dilators, physical therapy with or without biofeedback, biofeedback, sex and relationship counseling, psychotherapy, cognitive behavioral therapy, therapist-aided exposure, hypnotherapy, and lubricants.7

After about a year or so of consistently dilating, I was finally able to experience “normal” penetration. I use quotation marks around the word normal because I don’t want to give off the impression that the first couple of times I had sex were magical because they were far from it. In fact, for a good while after I was able to finally to let something in, I didn’t feel any pleasure from sex. At all. It was more so something I did because I felt like it was necessary in order to keep my relationship. In a sense, it helped me feel normal and helped combat some other insecurities I had in terms of how I valued myself.

That’s the thing about vaginismus. It does a pretty great job of messing with your head. I can’t even count the amount of times I felt like I was less of a woman because I either couldn’t have sex or didn’t enjoy it. My constant joke was that I was born with a “faulty vagina.” I spent a good part of my college years jealous of people who could casually have sex, not because that’s what I wanted, but because I felt so much envy at the fact that people could have sex so easily with people they didn’t even care about while I couldn’t enjoy sex with someone I did care about. I wanted to be normal. I wanted the ability to have sex with someone I cared about or even casually if that’s something I wanted. I desperately wanted control over my body. When I would get really upset, I’d start thinking about how I would never be able to get married, how no man would ever love me or want to be with me, or how I would never have the opportunity to have children. Because how are you going to create a baby (much less get through childbirth!) when you can’t even insert a tampon?!

Having vaginismus is also a lonely experience. I’ve never met a woman in person with the condition, but it’s also something no one really talks about. Although there are plenty of commercials and references about men experiencing sexual dysfunction, you never really hear about a woman’s experience, do you? But then again, when the condition affects less than 1% of women, there aren’t exactly a lot of people to discuss things with in the first place! But even so, the loneliness stems a lot from the fact that most people just don’t get it. They don’t understand what it means to feel like you’re getting stabbed when you try and insert something inside of yourself. They don’t understand what you mean when you say that sex just doesn’t feel good for you. They don’t understand why you can’t just “relax.” They don’t understand what it’s like to be stressed for days because your annual exam is coming up at the gynecologist and the last time you went you were so uncomfortable, you yelled at the doctor to get out. Honestly, I sometimes have a hard time understanding why I just can’t relax, either. I’ve gone to gynecologists who didn’t even know what vaginismus was. I’ve had doctors ask me to explain what my condition was despite them being specialists in the female reproductive system. I had my parents see my dilators once and accuse me of being disrespectful by bringing sex toys in their house (which now is kind of comical to me because I wouldn’t have been capable of even using a sex toy that requires insertion at that point!). I’ve had people tell me to “just do it!” I’ve tried drinking a glass or two of wine before sex. I’ve taken meds before sex. None of that works.

What did work? My treatment was similar to treatment a lot of women use. Like I mentioned earlier, I used dilators and also underwent behavioral therapy. My psychiatrist addressed both my vaginismus along with some other things I was/sometimes still go through, so having her was incredibly helpful. But, nothing was more helpful to me than my dilators. It sounds silly, but the first time I was able to insert a dilator (as in the smallest one, maybe the thickness of a thumb), I was ELATED. I went from being able to handle absolutely no penetration to being able to insert my first dilator. Slowly, but eventually, I was able to progress through all of my dilators until I was able to have PIV sex. Again, slowly but eventually, I was able to enjoy sex. Some days I feel sensitive and may just not be in the mindset for it, and that’s okay! You’re under no obligation to have sex with someone, ever. Yes, sex is an important part of a relationship for many people, but things can be balanced. No one should make you feel as though you need to have sex with them seven days a week in order for them to love and respect you. Yes, sex matters (to some), but it’s not everything. For me, I feel loved and cared for in different ways. My love languages are acts of service and words of affirmation. Sex is just a plus for me.

I’m on my own these days, so I can’t say anything exciting has happened recently, but I actually still dilate. I dilate in order to remind my body that penetration is A-okay, just in case she forgets. Tampons though…. I just don’t think we’ll ever be on good terms.

That’s all I have for now! I may add some more general advice if I think of any later, but I hope these were at least helpful to anyone going through it or insightful to someone who may know someone with this condition! I’m no professional, this is just an account of my own personal experience. If you are going through it and need someone to talk to, please feel free to reach out to me, there are plenty of us out there willing to offer support! 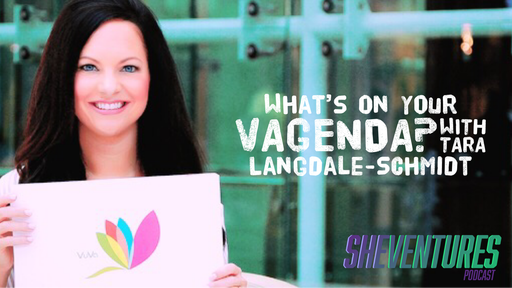 What Causes Dyspareunia? The 101 on Painful Sex

If sexual intercourse is a problem, you might be wondering...

Bleeding After Dilator Use? Here’s What To Do

Women all around the world use vaginal dilators to help...

All About Bacterial Vaginosis, the Vaginal Imbalance

The first time you get bacterial vaginosis (BV), it can... Atrophic Vaginitis is a Reality for Breast Cancer Survivors

Vaginal problems are often one of the last things women...

There are so many causes of pelvic pain, which might...

What is Mycoplasma Genitalium and Could You Have it?